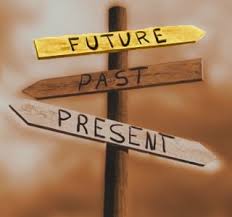 The letter that he took to the king of Israel read: ‘With this letter I am sending my servant Naaman to you so that you may cure him of his leprosy.’

So Naaman went with his horses and chariots and stopped at the door of Elisha’s house.  Elisha sent a messenger to say to him, ‘Go, wash yourself seven times in the Jordan, and your flesh will be restored and you will be cleansed.’  But Naaman went away angry and said, ‘I thought that he would surely come out to me and stand and call on the name of the LORD his God, wave his hand over the spot and cure me of my leprosy.

Naaman’s servants went to him and said, ‘My father, if the prophet had told you to do some great thing, would you not have done it?  How much more, then, when he tells you, “Wash and be cleansed”!’  So he went down and dipped himself in the Jordan seven times, as the man of God had told him, and his flesh was restored and became clean like that of a young boy.
‭‭2 Kings‬ ‭5:6, 9-11, 13-14‬ ‭(NIV)

Sometimes being obedient to God involves doing something so simple and straightforward that we question it.

Naaman was a very powerful army officer, in the service of the king of Aram.  He suffered from leprosy and was desperate for a cure.  Having been told that there was a prophet in Samaria who could cure him, he set off with a letter from his king to the king of Israel.

There was indeed a prophet in Samaria, but it wasn’t the prophet who could cure Naaman, but God alone.

When Naaman finally reached Elisha (the prophet), he didn’t like what he was asked to do.  He thought it beneath him to do as the prophet instructed him to do.   He had probably spent several days on the road travelling and during that time had rehearsed how he thought the prophet would heal him.  In other words, he had already decided how things would work out.  God, however, had other ideas.

Naaman’s healing wasn’t to come through some grand gesture from the prophet Elisha, but through a simple act of obedience.  We have to recognise that the waters of the Jordan did not possess any intrinsic healing power.  What was special in this instance was the simple instructions passed to Naaman by Elisha’s servants.  The instructions were so simple that they left Naaman angry.  It was only the intervention of his own servants and their commonsense approach that led to Naaman washing in the Jordan and receiving his healing.

In our lives we can often be like Naaman, deciding for ourselves how we expect God to interact with us.  We have to be careful that we follow God’s instructions, no matter how simple.  Simple instructions might seem to offend our intelligence, but in reality they will be a test of our obedience.

This site uses Akismet to reduce spam. Learn how your comment data is processed.