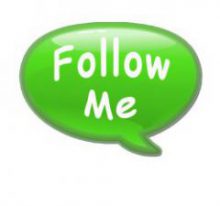 Don’t let anyone look down on you because you are young, but set an example for the believers in speech, in conduct, in love, in faith and in purity.
‭1 Timothy‬ ‭4:12‬ ‭(NIV)

In this the third post on leadership we will look at two further characters from the Old Testament who were chosen by God for leadership roles.  This time it is Solomon and Jeremiah.  Solomon was chosen to lead a nation as king, while Jeremiah was chosen to be a prophet to the nations.

When Solomon became king he felt inadequate for the task before him and he turned to God.  This is recorded in 1 Kings 3:7-9 as follows:

‘Now, LORD my God, you have made your servant king in place of my father David.  But I am only a little child and do not know how to carry out my duties.  Your servant is here among the people you have chosen, a great people, too numerous to count or number.  So give your servant a discerning heart to govern your people and to distinguish between right and wrong.  For who is able to govern this great people of yours?’

The Bible does not tell us what age Solomon was when he became king.  However, specific age isn’t the issue here, it is how Solomon felt.  He saw himself as a little child, without the knowledge to rule.  While Solomon was aware of his weakness and limitations, God saw within him a king that could lead the nation.

Jeremiah was chosen by God to be a prophet to the nations.  This is recorded in Jeremiah 1:4-8

The word of the LORD came to me, saying, ‘Before I formed you in the womb I knew you, before you were born I set you apart; I appointed you as a prophet to the nations.’  ‘Alas, Sovereign LORD,’ I said, ‘I do not know how to speak; I am too young.’  But the LORD said to me, ‘Do not say, “I am too young.”  You must go to everyone I send you to and say whatever I command you.  Do not be afraid of them, for I am with you and will rescue you,’ declares the LORD.
‭‭‬‬
Jeremiah felt the inadequacy of youth.  Surely God could have chosen someone older and more experienced to fulfil the task?  Jeremiah’s youth and inexperience led him to believe that he wouldn’t know how to speak.  God didn’t look at Jeremiah’s age, or his oratory eloquence, but only at his potential.

As we saw in the previous post for Moses and Gideon, so with Solomon and Jeremiah – God tells them that he has chosen them and that he will be with them.  Whatever their personal misgivings, God knew that they were the right people for the tasks ahead.

Do you believe God is calling you to a position of leadership?  Are you dismayed by the task, considering yourself to be too young and inexperienced? If so, look at the accounts of Solomon and Jeremiah (and even Timothy) and you’ll see that age and inexperience are not barriers to God using you.  Ask God to equip you for the task for which he has chosen you.